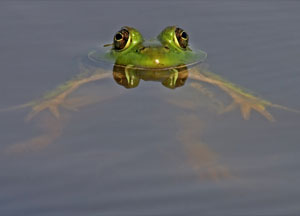 Over 95% of the uses of Triclosan are in consumer products that are disposed of in residential drains. As a result, widespread use of Triclosan and other antibacterial compounds result in contamination of the nation’s waterways, with Triclosan being the most prevalent contaminant not removed by typical wastewater treatment plants. In fact, Triclosan has been detected in wastewater, activated sludge, surface water, and sediments. According to a U.S. Geological Survey study of 95 different organic wastewater contaminants in U.S. streams, Triclosan was one of the most frequently detected compounds and at some of the highest concentrations. In spring 2008, national news reports exposed the prevalence of pharmaceuticals in the nation’s watersheds, including high concentration of antibacterial compounds.

The prevalence of Triclosan in the nation’s waterways is a cause for concern since Triclosan is converted into dioxin- a highly toxic compound, when exposed the sunlight in an aqueous environment. Triclosan can also combine with chlorine in tap water to form chloroform, which is listed as a probable human carcinogen.

Triclosan has been found to be highly toxic to different types of algae, keystone organisms for complex aquatic ecosystems, and as been detected at high concentration in earthworms.

Triclosan is lipophilic and as a result is readily available for absorption and bioaccumulation in fatty tissues, especially by aquatic organisms. Studies have found that fish accumulated significant concentrations of Triclosan metabolites. Even though little is known about the effects of Triclosan on wildlife, one study found that Triclosan disrupts thyroid hormone-associated gene expression in the North American bullfrog. Other antibacterial chemicals, like triclocarban- Triclosan’s cousin, has been shown to have an amplification effect on the activity of natural hormones, which in turn can lead to adverse reproductive and developmental effects. This suggests that Triclosan and triclocarban may be endocrine disruptors.