EPA, USDA and Interior Challenged to Incorporate in All Decisions Impact on Climate Crisis, from Soil to Pesticides
January 23, 2023 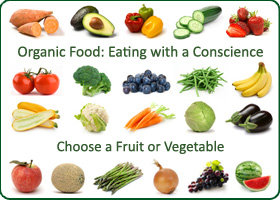 Our food choices have a direct effect on the health of our environment and those who grow and harvest what we eat.  That’s why food labeled "organic" is the right choice. In addition to serious health questions linked to actual residues of toxic pesticides on the food we eat, our food buying decisions support or reject hazardous agricultural practices, protection of farmworkers and farm families, and stewardship of the earth.

It is important to eat organic food—nurtured in a system of food production, handling and certification that rejects hazardous synthetic chemicals. USDA organic certification is the only system of food labeling that is subject to independent public review and oversight, assuring consumers that toxic, synthetic pesticides used in conventional agriculture are replaced by management practices focused on soil biology, biodiversity, and plant health. This eliminates commonly used toxic chemicals in the production and processing of food that is not labeled organic--pesticides that contaminate our water and air, hurt biodiversity, harm farmworkers, and kill bees, birds, fish and other wildlife.

Choosing Organic: For you, the environment, and workers