Cutting Edge Science Must be Considered…See Science and Policy at the National Pesticide Forum
June 14, 2021 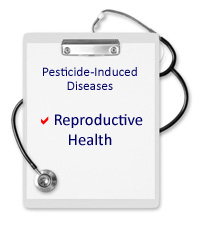 A robust body of literature details reproductive effects in fish, amphibians, and reptiles related to exposure to endocrine disruptors. Evidence of these effects has also been seen in wild mammals such as polar bears and seals. Environmental exposure assessments and wildlife, laboratory and epidemiologic studies show exposure to low-level environmental contaminants, such as pesticides and other chemicals, subtly undermines the ability to reproduce. The study of endocrine disruption is revealing mechanisms that show how specific environmental contaminants can alter fertility. Laboratory animal experiments have confirmed these wildlife findings.