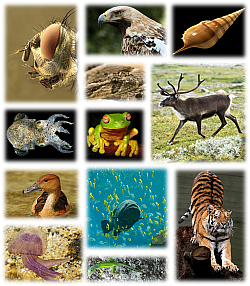 Biodiversity is literally the diversity of life. In the most general sense, biodiversity refers to all the species that share a defined habitat to form a community of interdependence. Pesticides, through their production, use, and disposal, adversely affect the rich biodiversity on which life depends. The loss of biodiversity worldwide is well documented.

Broad efforts are urgently needed to protect biodiversity. As entomologist Dave Goulson, PhD writes, in A Sting in the Tale (2014), “We need worms to create soil; flies and beetles and fungi to break down dung; ladybirds and hoverflies to eat greenfl[ies]; bees and butterflies to pollinate plants to provide food, oxygen, fuel and medicines, and hold the soil together; and bacteria to help plants fix nitrogen and . . . cows to digest grass. . . .[Yet] we often choose to squander the irreplaceable, to discard those things that both keep us alive and make life worth living.”

From a taxonomical perspective, biologists have identified approximately 1.8 million species on Earth and estimates are that between 80 and 90 percent of the actual total remains undiscovered or unnamed (IUCN 2009). Yet, biodiversity is in dire peril. The Earth’s rich biological heritage of species, communities, and ecosystems, which has evolved over millions of years, is rapidly deteriorating, and in many instances, irreversibly disappearing.

Biodiversity is a foundational concept in the organization of communities at all levels, from a spade full of organically managed soil teeming with microbial life, to a pasture seeded with grasses and forbs, to a mature tropical rainforest. Biodiversity shapes the characteristics and capacities of every species and creates the conditions under which all living creatures interact and evolve.

Biodiversity operates at three distinct levels in natural systems. First, genetic biodiversity exists within every species. A species must maintain sufficient diversity within its collective gene pool for future generations to adapt successfully. Second, species biodiversity represents the collection of different species that coexist as a community within an ecosystem. An ecosystem is a distinct environmental habitat combining interdependent organisms and non-living elements; coral reefs and tall grass prairies are examples. In general, ecosystems with greater biodiversity are better suited to withstand disturbance and to recuperate from adverse impacts. Finally, ecosystem biodiversity measures the abundance or variety of adjoining, yet subtly self-contained, ecosystems within a larger geographic area.

The Importance of Biodiversity

Biodiversity creates balance: organisms keep each other in check through systems of support and predation, and the habitat ensures nourishment for all living things. For example, a native bee pollinating a flower supports biodiversity by providing services — fertilization for the plant and nutrition for the insect — that are essential for their survival and reproduction. Similarly, lichen — itself a symbiosis between fungi and algae — may be the first species to colonize a rock outcropping, thus liberating mineral nutrients that enable others to become established, creating symbioses among different organisms. Each species within the diversity of organisms that share a habitat contributes to the integrity and endurance of the community as a whole.

More specifically, research strongly indicates that biodiversity promotes productivity, stability, and resilience. In general, communities with greater biodiversity generate more biomass (the combined weight of all organisms), are more resistant to environmental disturbances (such as drought), and regenerate more quickly after disturbances. Mutualistic relationships, such as the exchange of nutrients between mycorrhizal fungi in soil and vascular plants, or food crops and ornamental plants sharing the same soil, can more efficiently allocate resources and spur overall productivity. The existence of relationships such as those of the oak tree (see sidebar box) leads many to view an ecological community as a superorganism, with each part contributing to the health of the whole.

Humans in Relationship to Biodiversity

Humans are part of these communities. This has been made especially clear by research into the microbiome living in and on the human body — microorganisms that outnumber human cells and contribute to overall health. Indeed, the human immune system consists mostly of these non-human cells. The principles of organic food production recognize humans as part of the ecological community in the “Law of Return,” which establishes that more must be given back to the soil than is taken from it. In practice, this means that organic farmers return organic matter in the form of plant residues and animal manures, thus constantly regenerating and enhancing the soil while sequestering atmospheric carbon.

The Adverse Effects of Pesticides

As has been documented, certain pesticides, when introduced to aquatic environments, cause a decline in species diversity of aquatic organisms and predatory insects. In Europe, it has been found that a 42% loss in species richness occurs due to pesticide exposure, even when organisms are exposed to concentrations deemed environmentally safe by current regulations. Species richness of beneficial arthropods, such as bees, spiders, and beetles, has been found to be much higher on untreated or organic fields than on those treated with insecticides — a common occurrence in chemical-dependent agriculture. The diversity of these arthropods not only supports agricultural production through pollination, but also, creates balance that prevents an overabundance of crop-damaging animals.

However, a focus on “beneficial” species can be misleading. The biodiversity of an ecological community must include “pests” as well as “beneficial” species. Predators and parasites cannot live without their prey and hosts. Biodiversity is not simply a measure of numbers of genes or species or communities; it is genetic diversity, species diversity, and community diversity working together, in a system that has evolved over time. Evolutionary biologists sometimes compare the removal of a species to the removal of a rivet holding an airplane together — i.e., reducing biodiversity is not simply about reducing numbers; it is also about reducing the strength of the structure supporting the whole.

Practices that protect biodiversity have a direct relationship to the protection of ecosystems (including air, water, and land), and to the de-escalation of global climate change. The recognition of ecosystem services, which are enabled by healthy biodiversity, requires a respect for the natural processes that support the diverse web of life in the environment. With the elimination of toxic pesticide use, the protection of biodiversity and soil biology supports clean air, water, and land, and enhanced atmospheric carbon sequestration, resulting in a slowing of global climate change and a sustainable future. See Regenerative Organic Agriculture and Climate Change: A Down-to-Earth Solution to Global Warming, which concludes that it is possible to sequester more than 100% of current annual CO2 emissions by switching to organic management practices, which are referred to in the paper as “regenerative organic agriculture.”

For more information on dangers to biodiversity and actions you can take to help, see these website pages:

Preserving Biodiversity: an article defining biodiversity and the federal laws meant to protect it
Do-It-Yourself Biodiversity: a DIY guide to creating biodiversity wherever you live
Hedgerows for Biodiversity: an article detailing how hedgerows benefit biodiversity (and how to create one)
Cultivating Plants that Poison: Bees, Birds and Butterflies: a report documenting the rise and use of systemic insecticides, and the threats they present to the environment and our health
Taking a Stand on Clover: a discussion of the benefits of clover to bees, soil biology, and water quality
Precaution: Science and Policy: an article that examines the Precautionary Principle, the Organic Foods Production Act, and the Federal Insecticide, Fungicide, and Rodenticide Act (FIFRA)