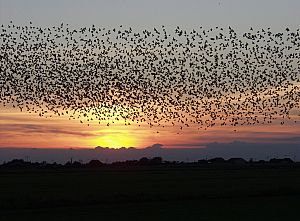 What does the loss of flocks of birds that once took days to pass overhead mean for the ecological community in which they lived? How did that movement of nutrients affect the ecosystem? The mycelial mat that once unified the eastern half of the continent provided an underground network that allowed one tree to help another. That community is now fragmented –into smaller and smaller bits of forest. At the same time that the underground network supported the community, so did the aboveground species –some of individuals of which had small ranges, and some of which ranged over many square miles of favorable habitat.  Biodiversity is subject to many threats. The greatest is probably habitat destruction and fragmentation. But there are many other threats to biodiversity. Over-consumption by humans –by hunting, fishing, or collecting from the wild– threatens many species. Much more insidious are the threats from toxic chemicals –which may be discharges into the water or air by point sources or mobile sources or use of pesticides. Toxic chemicals may endanger organisms directly –as an insecticide threatens pollinators– or indirectly by destroying habitat or food sources –as when an herbicide kills milkweed on roadsides or field margins.

The various federal statutes that could and should collectively protect biodiversity fall short of the coordinated framework that is needed. For further details on these federal statutes, see the resources at the bottom of the page.

The Endangered Species Act (ESA) is designed to protect biological communities by protecting their most vulnerable species. However, since the bureaucratic focus is on species threatened to the extreme, it often serves as a temporary solution that may soften the catastrophic effects on particular species. The Act establishes a framework under which biological criteria are used to identify (“list”) species as either “endangered” or “threatened,” which are then afforded specific protections. The Fish and Wildlife Service (FWS) of the Department of the Interior oversees listing of terrestrial and fresh water species while the National Marine Fisheries Service (NMFS) in the Department of Commerce manages endangered and threatened species in bodies of salt water. ESA (and its implementation through the Federal Insecticide, Fungicide and Rodenticide Act (FIFRA), see below) is a valuable tool in averting a crisis in species extinction, but does not preventively enhance biodiversity.

Under ESA, the U.S. Environmental Protection Agency (EPA) is required to consult with FWS and NMFS on the impacts of pesticides on endangered species when it registers a chemical under FIFRA. Through this consultation, EPA is required to ensure that the registration of a pesticide will not jeopardize the continued existence of a listed species by diminishing the species’ numbers and reproduction. However, the agency has consistently failed in this statutory obligation, as a report from the National Academy of Sciences’ Research Council (NRC) found in 2013.

Enacted in 1970, the National Environmental Policy Act (NEPA) requires that consideration of any federal government action that may impact the environment includes any potential environmental effects before any action occurs. It requires federal agencies undertaking an action to produce either an environmental assessment (EA) or a more rigorous environmental impact statement (EIS). At minimum, a review must evaluate any impacts which the proposed action might have upon the environment as well as any possible alternatives that could be employed to lessen or avoid those impacts. The consideration of alternatives is one of the most critical and significant parts of the NEPA process. Agencies must give their reasoning for their choice of alternative.

While NEPA forces a “hard look” at the impacts of an action, it has consistently fallen short of protecting biodiversity. As CEQ noted in 1993, “Although federal agencies have routinely evaluated the effects of their proposed actions on certain specific resources (primarily wetlands and endangered species) in their NEPA analyses, they have not usually included the full range of effects or the appropriate scale required for adequate consideration of biodiversity.”

The Federal Water Pollution Control Act, commonly known as the Clean Water Act (CWA), has a strong statement of purpose when it comes to protecting the national waterways and the wildlife that inhabits them: “The objective of this chapter is to restore and maintain the chemical, physical, and biological integrity of the Nation’s waters...for the protection and propagation of fish, shellfish, and wildlife.” (33 USC § 1251(a)) The word “restore” is particularly notable, as it points toward improvement and not just protection or conservation, like many other environmental laws. It is the intent of CWA to accomplish this restoration by eliminating water pollution in all its forms. Although important progress has been made toward this goal, the enforcement programs set up by the Environmental Protection Agency (EPA) to regulate waterways are inadequate to eliminate water pollution in the U.S., especially with respect to “nonpoint” pollution.

The complex and data-intensive approach to evaluating and protecting individual species and broader communities under FIFRA creates a false sense of security, since the law’s acceptance of established levels of risk and damage, coupled with large uncertainties, is fundamentally at odds with the holistic and systemic management approach that is necessary to be precautionary, prevent harm, and protect biodiversity.

The explosion of genetically engineered plants in agriculture, including 90 percent of conventional corn and soybeans, cotton, alfalfa, and sugar beets, and introduction in turf grass, contributes to an escalating crisis in protecting biodiversity. Genetically modified organisms (GMO) take agriculture further down the road of increased chemical dependency with the proliferation of herbicide-tolerant and insecticide-incorporated plants. Herbicide-tolerant GMOs allow farmers to rely less on management of weed issues through crop rotation and cultivation, enabling them to plant the same crop in the same field continuously or in short (e.g., corn-soybean) rotations, using nonselective herbicides, thus virtually eliminating any semblance of plant and habitat diversity on the farm. The Plant Protection Act requires USDA to evaluate genetically engineered plants on the basis that they may pose a risk of becoming or introducing a pest to other plants, but any consideration of the real hazards of GMOs has only occurred because the National Environmental Policy Act (NEPA) applies to these decisions. 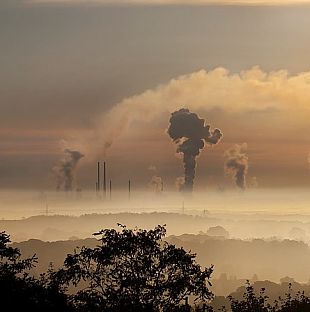 In addition to the statutory and resulting regulatory failures outlined above, reliance on industry-funded science, and the numerous connections between industry and the governing agencies demonstrate why solely depending on agencies and the policies that they are tasked with enforcing is not enough. Significant and necessary progress is hampered by the “revolving door” phenomenon, which refers to the movement of personnel between roles in government, as regulators or legislators, and industry. The chemical industry has a long history of utilizing this technique, which creates inappropriate relationships between large corporations and the government agencies that are tasked with enforcing regulations. SourceWatch maintains a list of some of the names and positions of EPA’s revolving door. Additionally, Pesticide Action Network North America’s Undue Influence lays out the revolving door strategy that corporations use to influence regulators and legislators. Utilizing the revolving door may be one of the most effective strategies of the industry, and highlights an important factor in agency in effectiveness.