Pesticides Linked to Adult and Childhood Cancer in Western U.S., with Incidence Varying by County
June 28, 2022

Manatees in Florida Seriously Threatened from Pollution, Pesticides, and Other Human-Induced Stressors
January 27, 2022

"Silence of the Clams"—Study Highlights the Threat of Multiple Pesticide Stressors to Bivalves
January 4, 2022 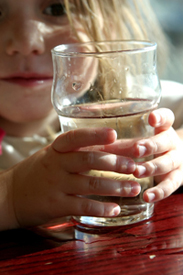 Before the Clean Water Act was enacted in 1972, the Potomac River and other notable rivers in the U.S. were cesspools of sewage and industrial pollution. The Clean Water Act affords waterways across the country important protections against indiscriminate pollution from industrial and some agricultural sources, so that waterways are cleaner and safer for drinking, boating, fishing, and swimming. However, according to available data, over 50 percent of waterways in the U.S. are contaminated with pollutants, including pesticides, which exceed federal standards.

The U.S. Environmental Protection Agency’s (EPA) Office of Water sets water quality standards that are aimed to protect human health from water contaminants, including pesticides, under the Clean Water Act. Standards include benchmarks for acute and chronic exposures for the most sensitive populations (children, pregnant women) for contaminants that may be found in surface or ground water sources of drinking water. Unfortunately, water quality criteria for surface water are set for only handful pesticides.

EPA has been criticized by the USGS’ National Water-Quality Assessment Program (NAWQA) for not setting water quality benchmarks for pesticides. Standards are not yet established for many pesticides, mixtures and breakdown products are not considered, the effects of seasonal exposure to high concentrations have not been evaluated, and some types of potential effects, such as endocrine disruption and unique responses of sensitive individuals, have not yet been assessed. Currently, 56 percent of streams sampled have one or more pesticides in water that exceed at least one aquatic-life benchmark. Agricultural streams located in the Corn Belt (Illinois, Indiana, Iowa, Nebraska, Ohio, and parts of adjoining States) and the Mississippi River Valley account for most concentrations that exceed benchmarks.

Drinking water standards are legally enforceable standards that apply to public water systems and strive to limit the levels of contaminants in drinking water. Exceeding benchmarks means that aquatic life and human health may be at risk from continued exposures. However, despite these new benchmarks, pesticide contamination continues to plague U.S. waterways since oversight and enforcement are lacking at both federal and state levels. Furthermore, over the past two decades, EPA has failed to add any new contaminants to the toxic chemicals covered by the Safe Drinking Water Act. Thus, there are no legal limits for more than 160 unregulated contaminants in U.S. tap water.

A USGS survey analyzing water from nine selected rivers used as a source for public water systems, found that low levels of certain synthetic chemicals remain in public water supplies after being treated in selected community water facilities, while more than 20 percent of private domestic wells sampled nationwide contain at least one contaminant at levels of potential health concern.