Nearly A Century of Pesticide Use Changed the Size of Australian Dingoes
August 5, 2020

Research Assesses Ability of Rodent Poisons to Act as a “Super-Predator” in Ecosystems
May 10, 2018

EPA Rule Tightens Use of Highest Toxicity Pesticides as Advocates Question Their Use
December 15, 2016

Ask Walmart, Target, Home Depot, Lowe's, and other major retailers to make homes safer for children and stop selling dangerous mouse and rat bait products. These items are responsible for thousands of annual child-poisoning incidents, and have been determined to be an unreasonable risk
to the environment and children by EPA (the U.S. Environmental Protection Agency). Using legal tactics to delay implementation of the EPA ban of its products, Reckitt Benckiser, LLC, the manufacturer of d-CON products, continues to sell 12 of its toxic products to retailers nationally, despite findings that they present unreasonable risks to children, pets, and wildlife. These products can still be found on the shelves of Walmart and several other national retailers, despite regulatory action to remove them from the market.

“Walmart and other major retailers should immediately discontinue the sale of these toxic mouse and rat poisons. There are effective alternatives available that do not put children, pets, and wildlife at danger of poisoning and even death,” said Jay Feldman, executive director of Beyond Pesticides.

Early in 2013, EPA announced its decision to move forward with a Notice of Intent to Cancel the registration of 12 rodenticide products manufactured by Reckitt Benckiser, LLC after the company refused to adopt voluntary risk mitigation measures in 2008 to reduce children’s exposures. The mitigation measures involve rodent bait forms in secured, tamper-resistant bait stations, instead of loose pellet and granule baits that children can more readily access, as well as eliminating the most toxic and persistent pesticide active ingredients. On March 6, 2013, the company challenged EPA’s decision, which delays — potentially for years — a ban that otherwise would have taken effect on March 7, 2013. This was the first time in more than 20 years that a company declined to implement EPA risk mitigation measures for pesticide products.

Between 1993 and 2008, the American Association of Poison Control Centers logged between 12,000 and 15,000 poison exposure reports, from mouse and rat baits, of children under age six.

Beyond Pesticides urges families with small children, especially, to use alternative methods to prevent rodent problems, including sealing gaps around doors by replacing worn thresholds and weather stripping, and installing door sweeps, as well as caulking openings around water pipes, electric wires, cables, and vents. The group notes that there are many baits traps on the market that do not utilize toxic chemicals.

Though some local stores and national retailers have taken steps to remove the slated-for-cancellation d-CON products from their shelves, more needs to be done ensure that these dangerous products do not fall into the wrong hands or mouths. National retailers must take the lead and establish affirmative policies to halt all sales of the non-compliant d-CON products. Retailers nationwide must also takes steps to ensure that regional stores follow through with any company-wide policy to stop sales and pull these dangerous products from store shelves. 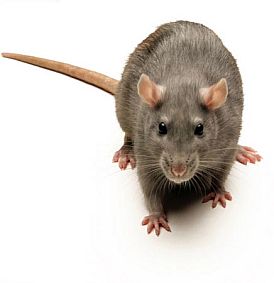 Between 1993 and 2008, the American Association of Poison Control Centers logged 12,000–15,000 annual reports of rat and mouse poison exposures for children under age six. These numbers and other concerns about pet and non-target wildlife exposures spurred EPA to renew its efforts to establish better protections for children and the environment.

In 2008, EPA issued a risk mitigation decision that established stronger risk mitigation restrictions for the sale and use of 10 active ingredients found in various registered rodenticide products. Some of the strongest protections targeted consumer-use products, those sold for interior, residential use and some outdoor residential uses at Walmart and other major retailers. These restrictions prohibited the sale of “loose” rodenticide bait, such as pellets, powders, and liquids, and required all such consumer-use baits be sold with protective bait stations. The mitigation measures also prohibited brodifacoum, difethialone, bromadiolone, or difenacoum (otherwise known as second-generation anticoagulants, or SGARs) in any consumer-use products by establishing minimum packaging size standards.

Harm to Children and the Environment

The rodenticide products slated for cancellation pose significant risks to human health. Children are particularly susceptible to these risks because they play on floors and explore by putting items in their mouths, which can include loose rat poisons like d-CON. The most recent data from the 2011 Annual Report of the American Association on Poison Control Centers’ National Poison Data System indicates a reported total of 12,886 rodenticide exposures, with nearly 80% of those cases involving children aged five or younger.

Children aren’t the only concern. In its risk mitigation review, it noted poisoning to pets and non-targeted wildlife, as well. These rodenticides have been tied to the poisonings of federally listed threatened and endangered species, such as the San Joaquin kit fox and Northern spotted owl. Rodents can feed on poisoned bait multiple times before death; as a result, their carcasses contain residues that may be many times the lethal dose. Poisonings occur when predators or scavengers feed on these poisoned rodents.

As a result of these negative effects on wildlife, some endangered, the American Bird Conservancy (ABC) is calling on Reckitt Benckiser to drop its legal challenge rather than engage EPA in a “lengthy and fruitless appeals process.” In its press release, ABC stated, “It is time for d-CON to put children’s health and animal welfare above corporate profits and to follow the rules like every other rat-poison manufacturer.”

Rickett Benckiser argues that regulation preventing the use of their product could have a significant impact on low-income and minority populations. Certainly, from a poisoning perspective this is true: Black and Hispanic children living below the poverty line are disproportionately affected. For example, a study in New York found that 57% of children hospitalized for eating rat poison from 1990 to 1997 were African American and 26% were Latino. In addition, low-income and minority populations tend to be financially least prepared to deal with the unintended consequences and health care costs of rodenticide poisonings and exposure. In light of the impacts to low-income populations, children, and wildlife, EPA has the responsibility to restrict poisonous and dangerous rodenticides.

EPA made sure that there would be clear and effective alternatives to the use of unsecured bait stations. Walmart, for example, carries a wide variety of both nontoxic alternatives, such as mechanical and sticky traps, and more-protective bait station products. These alternatives make stocking these unsafe, canceled products unnecessary for consumers and retailers such as Walmart.

In addition to these consumer based alternatives, defined integrated pest management (IPM) practices for structural pest management are vital tools. As nontoxic methods for rodent control, they help facilitate the transition to a pesticide-free (and healthier) world. See Beyond Pesticides' Factsheet on IPM Methods for rodent control. For more information on IPM, visit our Safer Choice page.

The Choice: EPA Has Called on Retailers to Stop Carrying these Products

Despite the clear danger these products present to children, pets, and wildlife and the EPA’s request for voluntary stoppage of sales these specific products that present such unreasonable risks, Walmart and other retailers have continued the sale of d-CON.

According to an EPA webpage containing information on the canceled rodenticides:

Until EPA completes the administrative cancellation procedures required by law (FIFRA section 6(b)), these products may be legally sold and used according to the terms, conditions, and instructions of their most recent agency approved labels. However, we encourage retailers to stock and consumers to use only those products that meet EPA’s safety standard.

EPA’s diligent efforts to support its protective standards for these dangerous types of rodenticides should not be ignored. Retailers know that these products are harmful, and have a choice to support the safety of children and the environment over the interests of one rodenticide manufacturer.

Beyond Pesticides Information and Resources

In addition to the letter above, download and print the local action letter to sign and bring in to your local retail store.

If your organization is interested in signing on to Beyond Pesticides' letter to major retailers, click here.