After EPA Administrator Tours People of Color Community Poisoned by Creosote Wood Preservative, a Call to Ban It
December 20, 2021

Since the early 1980s, Beyond Pesticides has focused on wood preservatives that are among the most deadly chemicals on the market. These "heavy-duty" preservatives include the inorganic arsenicals (such as chromated copper

arsenate, or CCA), pentachlorophenol (penta) and creosote. The U.S. Environmental Protection Agency (EPA) has classified all of the chemicals, as well as their contaminants, as known or probable carcinogens. It remains the policy of Beyond Pesticides to work toward a complete ban on the use of these extremely toxic and obsolete chemicals through watchdogging EPA, working with legislators, and providing technical assistance to grassroots organizations.

EPA began working through the re-registration process with these heavy-duty wood preservatives in the mid-1990s. EPA originally stated that its Reregistration Eligibility Decision (RED) documents (the culmination of reregistration) would be complete in 1998, then changed that to 2003, and finally released its revised risk assessment of these chemicals in April 2008.

In 1978 EPA initiated a Rebuttable Presumption Against Reregistration, now called Special Review, a process evaluating the risks and benefits of the heavy-duty wood preservatives. Only chemicals that trigger serious health and environmental concerns are placed into this expedited Special Review process, and EPA set a four-year timeline. EPA initiated the risk assessment based on the following health effects: 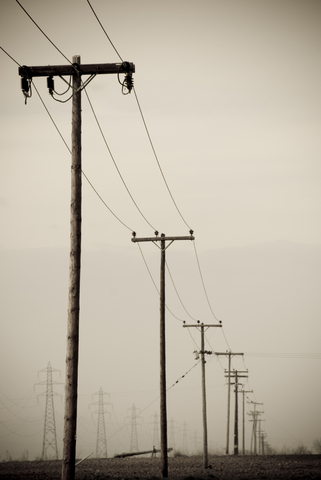 The process was not complete until 1986, four years behind schedule. The outcome was far from satisfactory from a human and environmental health perspective. EPA allowed the continued use of all of the heavy-duty wood preservatives.

Since the mid-1980s, Beyond Pesticides has worked with elected officials and community members, as well as the press, to educate people about the extreme risks associated with exposure to these pesticides. We have published numerous articles in our quarterly newsletter, Pesticides and You, as well as timely action alerts, providing updates on EPA's actions, current legislative efforts, and information about the toxicology of the wood preservatives. Collecting and disseminating stories about victims of exposure to wood preservatives specifically, and pesticides generally, is one of our more important projects. Please share your own story with us by filling out a Pesticide Incident Report (PIR) form.

Beyond Pesticides has published two reports addressing the risks of exposure to these chemicals. Our first report, Poison Poles, published in 1997, examines the toxic trail left by these preservatives from cradle to grave — through manufacture, use, storage, and disposal. Pole Pollution, published in 1999, focuses on EPA's draft preliminary science chapter on penta and provides the results of our survey of more than 3,000 utilities across the U.S. and Canada. Both EPA's science chapter and our survey revealed shocking metrics. For example, EPA has calculated that children face a 220 times increase in the risk of cancer from exposure to soil contaminated with penta that has leached from the utility poles that are ubiquitous across the nation. We also found that more than 68% of utilities are in the habit of given away discarded utility poles that continue to leach toxic chemicals into the environment, thereby making them an ongoing public health risk.