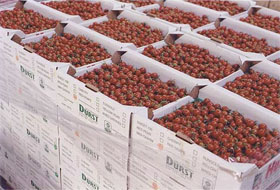 Eating with a Conscience
to protect health and the environment

The Eating with a Conscience database, based on legal tolerances (or allowable residues on food commodities), describes a food production system that enables toxic pesticide use both domestically in the United States and internationally. In many cases, while a pesticide’s use may have been canceled in the U.S., EPA’s continued allowance of a tolerance means that (i) residues have bioaccumulated or remain in the domestic market after use has stopped or (ii) the use of a pesticide banned or discontinued in the U.S. may continue in the country of export. As a result, in purchasing those food commodities with legal tolerances for pesticides no longer used in the U.S., consumers support agricultural production practices in other countries that are associated with the range of adverse effects noted in the database.