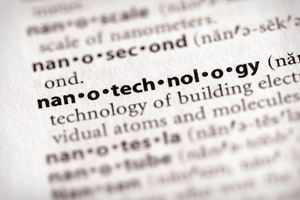 New: The comment period on the petition filed by the International Center for Technology Assessment (ICTA) et al. requesting that EPA regulate nanoscale silver as a pesticide has been extended for 60 days to March 20, 2009. To submit comments in support click here.

All pesticidal substances must be registered with the EPA in accordance with the Federal Insecticide Fungicide and Rodenticide Act (FIFRA). Under FIFRA, silver nanoparticles meet the definition of a pesticide- that is, as a substance that is intended to disinfect, sanitize, reduce, or mitigate growth or development of microbiological organisms. As such, silver nanoparticles, with their antimicrobial activity, should and must be regulated by the EPA as a pesticide. However, despite over 200 products being sold on the consumer marketplace, the EPA has done little to regulate or evaluate the potential health and environmental impacts these particles may cause.

There have been a few examples of regulatory action taken by the EPA against manufacturers whose products contained silver nanoparticles, including action against the manufacturer of a washing machine generating silver nanoparticles. In early 2008, the EPA imposed a landmark fine of over $200,000 on a California company selling computer keyboards and other parts coated with nanosilver without being registered.

In 2008, the International Center for Technology Assessment (ICTA), and a coalition of consumer, health, and environmental groups, including Beyond Pesticides, filed a petition with the EPA challenging the agency’s failure to regulate nanomaterials. This petition followed a joint report entitled “Principles for the Oversight of Nanotechnologies and Nanomaterials,” released in 2007 by a broad international coalition of consumer, public health, environmental, and labor organizations calling for strong, comprehensive oversight of the new technology and its products, citing risks to the public, workers and the environment. EPA has since opened a public comment period in response to a petition filed, after which the EPA will review the petition and any comments received before responding to the petition. To view the petition click here

Cosmetics, sunscreens and other consumer products used in or on the body that contain silver nanoparticles fall under the jurisdiction of the U.S. Federal Drug Administration (FDA). The FDA has not established its own formal definition of nanotechnology or nanomaterials. However, an FDA Nanotechnology Task Force, states in a 2007 report, “ [nanoscale] materials present challenges similar to those posed by products using other emerging technologies. The challenges, however, may be complicated by the fact that properties

relevant to product safety and effectiveness may change as size varies within the nanoscale.” The report goes on to state, “the emerging and uncertain nature of nanotechnology and the potentially rapid development of applications for FDA-regulated products highlight the need for ensuring transparent, consistent, and predictable regulatory pathways.” It remains unclear, however, whether the FDA has put mechanisms in place to address these challenges to regulate nanomaterials in order to protect human health.

The U.S. federal government has invested only a small percentage of its overall nanotechnology research funding in understanding the risks posed by nanomaterials. However, the widespread use of silver nano products will challenge regulatory agencies to balance important potential benefits against the possibility of significant human health and environmental risk.