The following is a wealth of information on school pesticide issue, organized by topic. Scroll down to find your needed resource. Next to each resource you will find the organize that it comes from. See also resources
By organization or state.

How to Organize Your Community
Are you concerned about the pesticide practices taking place in your community and want things to change? You have the power to set in motion a course for positive reforms. Organizing a campaign in your neighborhood is a forceful way to stand up for your right not to be 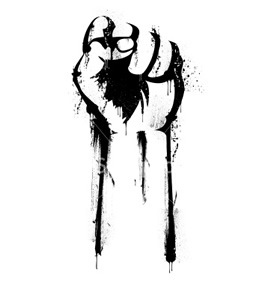 exposed to toxic chemicals. Consider starting a local Beyond Pesticides organization in your community. You may be reeling with enthusiasm for such an endeavor, and perhaps confusion too. How do you start? What exactly do you do to reform pesticide practices once you have set up your organization? The articles and resources below provide concrete advice and ideas about community pesticide activism

Expelling Pesticides from Schools: A how-to guide to reducing pesticide exposure in school*
School Organizing for Safer Pest Management
12 Steps to Healthier Schools
Green Flag Program awards program for student-run environmental achievements
School Health and Safety Committees: How to Promote Child and Adult Environmental Health Protection
Green Squad: an environmental education site for middle-schoolers that shows how to investigate their own school, and publish the results in the school paper
Healthy Schools Pesticide Action Kit  is a comprehensive toolkit for parents and community members on how to get pesticides out of schools and contains several factsheets

Strong Integrated Pesticide Management (IPM) Alternatives
A strong integrated pest management (IPM) definition and policy is one of the best ways to minimize or eliminate exposure to pesticides. IPM is a term that is used loosely with many different definitions and methods of implementation. Beyond Pesticides defines IPM as a program of prevention, monitoring, and control which offers the opportunity to eliminate or drastically reduce pesticides, and to minimize the toxicity of and exposure to any products which are used. Education, in the form of workshops, training sessions and written materials, is an essential component of an IPM program. Concrete examples of IPM strategies and pesticide reduction policies include

State and Local Laws
Although two-thirds of the states, or 35 states, have adopted laws that address pesticide use at school, these pesticide use policies and practices remain deficient in the protection of children. Overall, however, the reviewshows prog­ress in the adoption of policies that

improve protection of children. Since 1998, in the two most im­portant areas of reform, IPM and chemical restrictions, there is a 24 percent and 22 percent increase, respectively, in state policies. The following review, based on cur­rent state pesticide laws, looks at what the states have done as it affects children and schools, using the following five evaluation criteria: (i) adoption of an integrated pest management (IPM) program; (ii) prohibiting when and where pesticides can be applied; (iii) requiring posting signs for indoor and outdoor pesticide applications; (iv) requiring prior written no­tification for pesticide use; and, (v) establishing restricted spray (buffer) zones to address chemicals drifting into school yards and school buildings. These fivecriteria are all basics not provided for under federal law and are essential ingredients to protect chil­dren from pesticides while they are at school. The degree of state activity suggests a level of concern that can and should lead to increased protection in the future.

Hazards of Pesticides for Children's Health
Children face higher risks than adults from pesticide exposure due to their small size, their tendency to place their hands close to their face or in their mouth, the activities they engage in on or near the ground, their greater intake of air and food relative to body weight, their developing organ systems, and other unique characteristics. In addition, the probability of an effect such as cancer, which requires a period of time to develop after exposure, is enhanced if exposure occurs early in life. The resources below provide more in-depth information on the hazards of pesticides for children’s health.

Facts and Figures-Pesticides & Schools
48 Most Commonly Used Pesticides in Schools and their health affects
10 Myths About Pesticides in Schools
Growing Up Toxic: Chemical Exposures and Increases in Developmental Disease
Allergies, Asthma & Chemical Sensitivity
Select Studies on Pesticides and Children's Health
School Pesticide Incidents From Around the Country
Forum of articles on school, children and toxins
Protecting Vulnerable Students in "Sick" Schools
Children's Environmental Health at the Minnesota Department of Health
Pesticides in Our Homes and Schools: Are They Dangerous to Our Children? (brochure layout - print and fold)

Beyond Pesticides PSA on Healthy Schools - Video PSA, YouTube. Children face unique hazards from pesticide exposure. They take in more pesticides relative to their body weight than adults in the food they eat and air they breathe. Their developing organ systems often make them more sensitive to toxic exposure. Fortunately, organic solutions exist to keep you and your children safe.

Earth Share and the Ad Council's PSA on Pesticides in Schools - Audio MP3 file, 60 sec. Eliminating unnecessary toxic pesticide use in and around schools is a precautionary approach to protecting children’s health. A new radio PSA from Earth Share and the Ad Council highlights the dangers of toxic pesticides and ways to protect the health of children. Ask your local radio station to play this PSA. For more information, visit http://www.earthshare.org.