It’s Time for Bayer/Monsanto to Leave Hawai’i after Pleading Guilty to Multiple Violations that Harm People and Environment of the State, Advocates Say
December 15, 2021

Commentary: Will Playing Fields, Parks, and Lawns Be Safe After Glyphosate in Roundup Residential Use Ends in 2023?
July 30, 2021

Farmworkers and Conservationists Ask Court to Remove Monsanto's Roundup from the Market
December 22, 2020

After Court Rules Herbicide "Would Tear the Social Fabric of Farming Communities," Dicamba in Genetically Engineered Crops Given Go-Ahead by EPA
November 4, 2020

Again: Trump Administration Needs to Listen to Science to Protect Farmers and the Environment (Instead of Special Interests)
October 5, 2020

Genetic engineering (GE) refers to techniques used to manipulate the genetic composition of an organism by adding specific genes. The enhancement of desired traits has traditionally been undertaken through conventional plant breeding. GE crops are often broken down into two categories, herbicide tolerant and Plant-incorporated protectants (PIPs).Crops are also engineered or “stacked” to express multiple traits like crops that are resistant to multiple herbicides or are resistant to herbicides and incorporates insecticides.

Herbicide tolerant crops are designed to tolerate specific broad-spectrum herbicides, which kill the surrounding weeds, but leave the cultivated crop intact. Currently, the only varieties Cultivated in the U.S. are engineered to be tolerant to glyphosate. However, the U.S. Department of Agriculture (USDA) is currently in the process of deregulating other new varieties of crops that are resistant to 2,4-D and other herbicides. 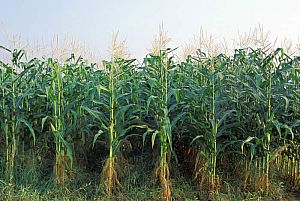 Glyphosate in the Environment

Allowing GE crops to be grown close to organic and non-GE conventional produceincreases the riskof genetic cross-contamination, as pollen from GE crops has the potential to drift onto non-GE crops and produce offspring. Because GE crops are prohibited under organic standards organic farmers may suffer significant financial losses if certified organic crops become polluted with genetically-engineered pollen.

Recently, USDA released for public input itsDraft Environmental Impact Statement(DEIS), which calls for the deregulation of GE corn and soybeans engineered to be tolerant to the herbicide 2,4-D. Much like glyphosate, these new varieties of GE corn and soybeans are set to usher in dramatic increases in 2,4-D. Dow AgroSciences produces these new GE crops under the brand name “Enlist” which will be stacked with glyphosate resistance.

Increased use of 2,4-D could have dramatic impacts on human and environmental health. Scientists around the world have reported increased cancer risks in association with its use, especially for non-Hodgkins Lymphoma (NHL). It is also neurotoxic, genotoxic, and an endocrine disruptor.

2,4-D has a high potential to leach from soils and can be a potential ground water contaminate. Environmental monitoring detected the herbicide in streams, groundwater and even drinking water.  Studies document 2,4-D’s negative impacts on a wide range of animals. In birds, 2,4-D exposure reduced hatching success and caused birth defects. Toxic to fish, 2,4-D can bio-accumulate inside the fish. 2,4-D also is toxic to honey bees and earthworms.

For more information please read Beyond Pesticides' comments to USDA on its recent DEIS.